Three Truths to Protect Your Brand 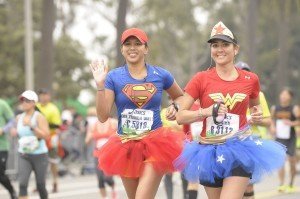 In recent weeks, a frenzy has erupted over a photo that ran in a woman’s magazine. It wasn’t the picture that caused the outrage, but rather the less than transparent way it was obtained and how it was used.

If you missed the story, I’ll bring you up to speed. Monika Allen, a 35-year-old San Diegan, received an email from SELF magazine’s photo editor seeking a picture of women running in tutus. As co-founder of Glam Runners, a business that sews and sells the tulle creations and donates a portion of proceeds to charity, Monika happily sent in a photo of herself and a girlfriend completing the Los Angeles marathon wearing tutus, superhero t-shirts and radiant smiles. Sending the picture initially became a costly branding mistake.

As a result, what can we all learn about protecting our brand, especially the brand called you?

1. ASK Rather than Assume

When she saw the magazine, Monika was shocked, having assumed it was going to be a positive feature about the trend of dressing up for marathons or something similar, she told media host Katie Couric. Instead, the picture was featured on a page the magazine calls its “BS Meter: Our SELF-y guide to what’s legit and what’s lame.” Guess what the magazine deemed the tutu trend? Hint, it wasn’t “legit.” Clearly, SELF was guilty of obtaining the picture without being forthcoming about its use – certainly not a Speak Your Truth moment for the editors. Yet, if Monika had simply asked, “How do you plan to use the photo?” she could have determined if the situation was in sync with her personal values and how she likes her brand to be reflected in the world. How about you? Do you do your homework and ask the right questions to ensure your commitments align with your truths?

2. Walk the Walk, Talk the Talk

SELF magazine promotes itself as making it “fun and fulfilling to be your happiest, healthiest, best self.” Not sure how publicly humiliating women fits that mission, nor strengthens its brand. Any time we say one thing and do another, we instantly lose credibility and trust. For example, if you promote yourself as great at follow-through, yet often turn deliverables in last minute, there’s a disconnect. Only when your mind, mouth and motions are aligned can others trust you and your brand.

3. Take a Stand for Your Brand

It’s likely this incident would have been a blip on the radar and quickly faded away, if not for one crucial fact: Monika was in the middle of treatment for brain cancer when she completed the LA marathon. After her loved ones took to social media to call out SELF, mainstream media picked up the story, and countless women across the country rallied around Monika. If you feel you’ve been misrepresented, do you stand up and correct the situation in an assertive, tactful manner?

SELF tried to take a stand for its brand as well when editor Lucy Danziger quickly issued an apology in which she referenced the magazine’s “inadvertent insensitivity,” an irksome phrase that dilutes the apology, in my opinion. (For an example of a sincere apology from someone in the media, check out this earlier article I wrote.)

To their credit, the magazine’s editors have eliminated the BS page. As for Monika, she has handled the debacle with grace, even agreeing to an interview for SELF’s website. She took that opportunity to promote the organization that the tutu business was initially created to support: Girls on the Run, a program that encourages elementary and middle school girls to be healthy and happy.

“I think women should empower each other,” Monika has said. “That’s a lot of what the Girls on the Run curriculum is about – teaching girls to be individuals, to be confident in who they are … to encourage their friends, and to stand up to bullies.”

Now that’s a brand I can stand behind!

3 Steps to Become Interconnected in our Disconnected World
September 4, 2021

Judging Too Much? 3 Strategies to Judge Less, Connect More
July 6, 2021