Why You Must Morph 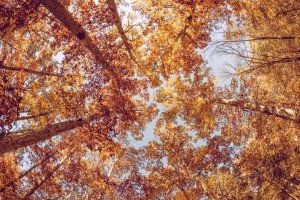 When visiting my parents recently to celebrate Dad’s 90th, I watched as he carefully pushed the phone buttons with his oversized, arthritic fingers to re-order his medicine from the VA. I smiled and told him what a rock star he was for adapting to technology. A Baby Boomer friend, who reluctantly learned to use her bank’s mobile app, is thrilled with how convenient and time-saving it is – far fewer bank visits. Yet she avoided the technology for a long time, telling herself and anyone who would listen, “I’m not tech-savvy.” To that, I say, “It’s time to step up and get in the game.”

It’s what we all must do, not only in our personal lives, but most especially on our career path. [bctt tweet=”It’s imperative that we be willing to #morph – or risk becoming irrelevant.”] Just because something is not part of your current skillset, doesn’t mean you can’t learn. If your company is transitioning to a new software application or implementing new systems, you can balk and complain about the change – we’ve all seen colleagues choose that behavior – or you can get on board with your company’s evolution and take advantage of the opportunity to learn something new. Besides, it’s good for the neural pathways in your brain!

It’s not just individuals being asked to evolve. Corporations are morphing, in both their personnel structure and the way they serve their customers. I’m preparing to speak at a large company that, like many others in recent years, has done away with the traditional HR department. Instead, they provide a phone number and training videos. This way, managers are supported in learning what they need to know, including how to hire and fire someone. The idea helps foster accountability and leadership at all levels. More companies are going a similar route, outsourcing HR functions like hiring, payroll and benefits administration, which then frees them to focus on their core competencies.

But what about ways brands transform to serve their clientele? What’s perceived as innovative by one segment of the market may be met with resistance from others. Some of us remember the “New Coke” debacle, when Coca-Cola changed their soda’s formula to meet what they believed to be consumers’ preference. The move created such a backlash that less than three months later, Coke returned to its original formulation. There was also a time when BMW resisted putting cupholders in their vehicles. Their attitude was that their cars were made for driving, not sipping lattes. Guess what? Due to customer demand, they morphed. You can now tuck your drink in a cupholder if you’re in a BMW. Currently, another global corporation, Marriott International, has created a stir as they renovate many of their rooms to attract millennials. The changes include the elimination of desks and desk chairs, a move decried by business travelers, who have been vociferous in their disdain for this change.

I’m an advocate for speaking up and speaking your truth. But if a company no longer meets your needs, you have a choice to do business with them or not. Choose a hotel that offers a desk, if that’s your goal – you just won’t be racking up those Marriott points!

5 Leadership Keys to Communicate and Connect in a Crisis
July 20, 2020

Are you Contributing to the Loneliness Epidemic?
August 6, 2019