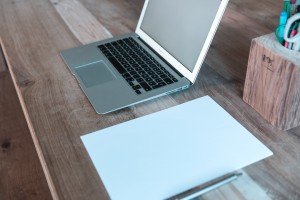 I’m at my wit’s end with my position. As others in my office have been let go due to decreasing budgets, my workload increases. I understand the situation and have taken more on without complaint. Yet, other managers within the office often come to me asking for support as well. I know better than to say, “It’s not my job” but it’s taking away time I need to support my supervisor’s needs. What should I do?
– Caught in the Middle

[bctt tweet=”I see is that management doesn’t clearly outline job responsibilities for those expected to pick up the slack.”]

Dear Caught in the Middle,

As offices downsize one of the biggest mistakes I see is that management doesn’t clearly outline job responsibilities for those expected to pick up the slack. Too often they make general comments such as, “Now that so and so is gone, we’re all going to have to take more on,” but no one stops, makes a complete inventory of everything that person was responsible for and  assigns those tasks to specific individuals.

So, you’re going to have to ask for the clarity you need from your supervisor. “I need your help in defining my new responsibilities since we downsized. As time goes by I’m often put in awkward situations as I don’t know specifically who I support and to what capacity. For example, ….(share your latest concern). The last thing I’d ever want to say to someone is it’s not my job, which is why we need to clarify what my job is and isn’t currently.”

Don’t let your supervisor wimp out and make general statements such as, “It’s important to be a team player right now.” Show up in a positive way with a detailed list that you can go through showing the increased requests and expectations. You’re not there to complain, but find solutions. If nothing else, they’ll see how much more you are doing than ever before which will only make you look more valuable.

Networking at the Holiday Party
December 17, 2015